READ THE OFFICIAL INFORMATION FROM MINISTRY OF THINGS IN THE COUNTRY:

by iamkrantz
in Uncategorized
Reading Time: 7 mins read
A A
0
0
SHARES
0
VIEWS
Share on FacebookShare on Twitter 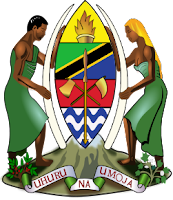 News released on October 26, this year and some magazines and social networking with the headline ‘ Cycle Nchimbi Minister stoned Move ‘ not true but they are made ​​with the intent to mislead sends community.
October 25, this year, the Minister of Internal Affairs of Member States and of the State of Songea Urban, dr. Emmanuel Nchimbi visited development projects as well as making began in Summit County and ending Mletele Matarawe Ward, in his state of the Songea Urban. When he finished his meeting was informed Mletele slides have blocked the way groups of people in Matarawe grade and have said they will not opened until Hon Nchimbi and look at it and talk to them.
Hon. Nchimbi was advised to change the path to ever rally of Matarawe where locals had been waiting for over two hours. Together and encouraged to pass the other way, Hon. Nchimbi would go to listen, he arrived in the area of ​​the bridge having been accompanied by various officials of the Municipal Government, Hon Nchimbi gave them a chance those citizens to express their problems, and they said that the area has had accidents frequently occur paved road it was completed and lead rein and four people around so they ask their MP for help to finish the project.
Responding to such concerns, the Hon. Nchimbi told his countrymen that he had achieved the construction of the road to tarmac level will lishughukia problem also had to bear heavy weight.After the reaction, Hon Nchimbi those citizens were satisfied with themselves when they opened the road and provide barriers to the minister and his convoy can pass. Hon Nchimbi and his message on the road and go to a meeting of the Consequences approximately 200 meters from the bridge. One hour after Hon Nchimbi had gone some young again closed the road and then scatter lilipolazimika police and seven young kuwakama.
Press the TV and Star TV, Channel Ten and TBC are belts of the whole event and so the belts can confirm the information that the Hon Nchimbi was stoned is just lies.
Minister Nchimbi was touring the normal constituency him and was able to hold eight of the public attended by hundreds of people and was conducted with great stability where the chairmen of the meetings were the councilors of the ward, where in the county six meetings led by the mayors of the CCM and county two councilors led by Chadema.
Ministry of Domestic Affairs inavisihi media and social networks to ensure the veracity of the information they get before giving it to the public so that the public can get their right of access to information that was correct.
End.
Produced by the Division of Ma from a communication to the Government,
Ministry of Internal Affairs of the State
October 28, 2013
Email ThisBLOGTHIS!Share to TwitterShare to Faceboo
ADVERTISEMENT
Previous Post