Photos: Russian man marries a pizza, say it would not reject or betray you

by iamkrantz
in Uncategorized
Reading Time: 2 mins read
A A
0
0
SHARES
0
VIEWS
Share on FacebookShare on Twitter
ADVERTISEMENT 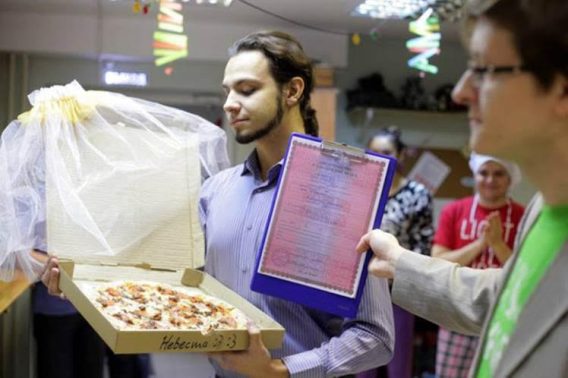 A 22-year-old Russian man recently got married to a pizza…yes, you read right. Pizza, that round flat bread usually topped with tomato sauce and cheese and baked in an oven. Except that this particular pizza wore a white wedding veil. The ceremony allegedly took place in the city of Tomsk, Russia, in a pizzeria with chefs and managers as witnesses because Russian authorities refused to officially register the marriage and a church also declined. Awon ti won ni she se! Lol 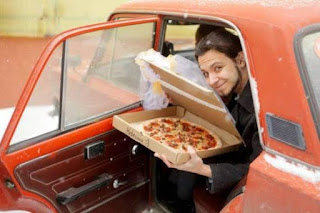 The unnamed groom says he decided to marry his favourite fast food after getting bored of the single life. “Love between two humans is a complicated wild thing,” he said. “Pizza, on the other hand, would not reject you or betray you, and speaking quite frankly and sincerely, I love it.” The restaurant even presented the groom and his ‘bride’ with an unofficial wedding certificate on a clipboard. 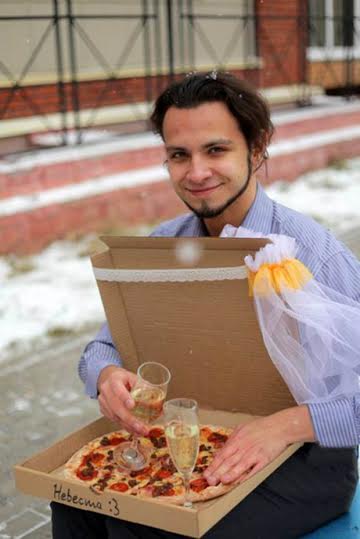