by iamkrantz
in Entertainment
Reading Time: 3 mins read
A A
0
0
SHARES
0
VIEWS
Share on FacebookShare on Twitter 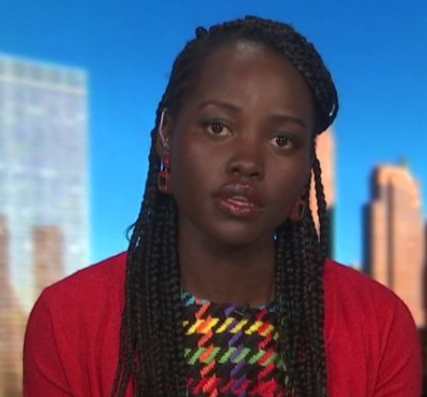 Lupita Nyong’o spoke to BBC Newsnight about being a “victim of colourism” as a child and how she “wished to have skin that was different”.
The Oscar-winning actress, who has starred in movies such as Black Panther and 12 Years a Slave,  was raised in Kenya before moving to the United States.
She spoke with BBC Newsnight ahead of the release of her children’s book, Sulwe, about a girl with darker skin than her family.
Lupita told Newsnight’s Emily Maitlis: “I definitely grew up feeling uncomfortable with my skin colour because I felt like the world around me awarded lighter skin.”
She said her younger sister, whose skin was lighter, was called “beautiful” and “pretty”.
“Self-consciously that translates into: ‘I’m not worthy’.”
She said colourism was “very much linked to racism” despite the fact she experienced it in a predominantly black society like Kenya.
“We still ascribe to these notions of Eurocentric standards of beauty, that then effect how we see ourselves among ourselves,” she said.
The actor said she was once told at an audition that she was “too dark” for television.
But Nyong’o said the relationship to her skin had been separate to the relationship to her race, according to BBC.
“Race is a very social construct, one that I didn’t have to ascribe to on a daily basis growing up,” she said. “As much as I was experiencing colourism in Kenya, I wasn’t aware that I belonged to a race called black.”
She said that changed when she moved to the US, “because suddenly the term black was being ascribed to me and it meant certain things that I was not accustomed to.”
Colourism is prejudice against people who have a darker skin tone or the preferential treatment of those who are of the same race but lighter-skinned.
ADVERTISEMENT
Previous Post

I should be incapable of drawing a single stroke at the present moment; and yet I feel that I never...

Heroes of the Storm Global Championship 2017 starts tomorrow, here’s what you need to know

Harnessing the power of VR with Power Rangers and Snapdragon 835

Dota 2 and CS:GO top Steam’s 2016 list for most played games