by iamkrantz
in NEWS
Reading Time: 3 mins read
A A
0
0
SHARES
2
VIEWS
Share on FacebookShare on Twitter 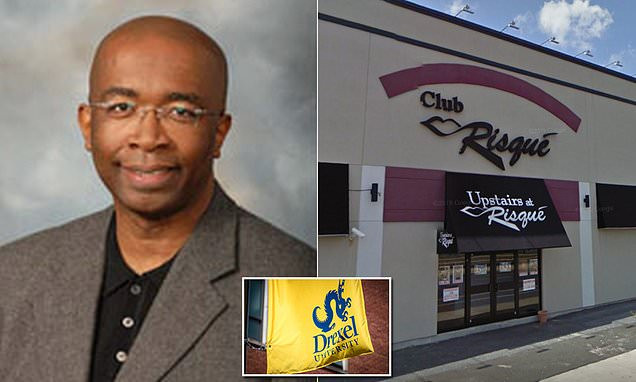 A Nigerian Professor of Engineering at Drexel University, Philadelphia, Chikaodinaka Nwankpa has been accused of spending a federal grant money in strip clubs and on other ‘improper purchases’.
The grant money the 56-year-old Nigerian Professor spent on strippers was issued by the Navy, the Department of Energy, and the National Science Foundation.
It was expected that that the money will aid in energy, science and naval research, but the fraud perpertrated by Nwankpa who was hardly modest about his extracurricular research was uncovered by the University’s auditors in 2017. In total, Nwankpa was found to have misspent $189,062.
Upon being confronted, the head of the Department of Electrical and Computer Engineering admitted the unauthorized expenses, resigned his post, and agreed to pay back $53,328 — less than a third of the overall bill he ran up.
The Justice Department announced on Monday October 7, that the University agreed to a $190,000 settlement to fend off a potential lawsuit. A university spokesperson said that Drexel reported Nwankpa’s misconduct to authorities and cooperated with the investigation. Since then, the school has instituted additional training for faculty and staff and beefed up its auditing controls.

“Drexel takes allegations of unethical or unlawful business conduct on the part of any members of the university community very seriously and remains committed to being in full compliance with all billing regulations and requirements,” spokesperson Niki Gianakaris said.

Nwankpa has been barred from federal contracting for six months, prosecutors said, but he has not been charged with a crime. A spokesperson for U.S. Attorney William M. McSwain’s office said Monday’s settlement did not preclude prosecution of Nwankpa.

“This is an example of flagrant and audacious fraud, and a shameful misuse of public funds,” said McSwain, whose office negotiated the agreement with Drexel after an investigation by the Naval Criminal Investigative Service and the inspectors general of the U.S. Energy Department and the National Science Foundation.

The Nigerian Professor spent 27 years teaching in Drexel’s electrical and computer engineering department, chairing it from 2015 until he left. He was among the university’s top attractors of research grant funds, boasting in his faculty bio that he had landed more than $10 million in research money throughout his career.
ADVERTISEMENT
Previous Post

Throwback photos of Justin Bieber before the fame

Throwback photos of Justin Bieber before the fame