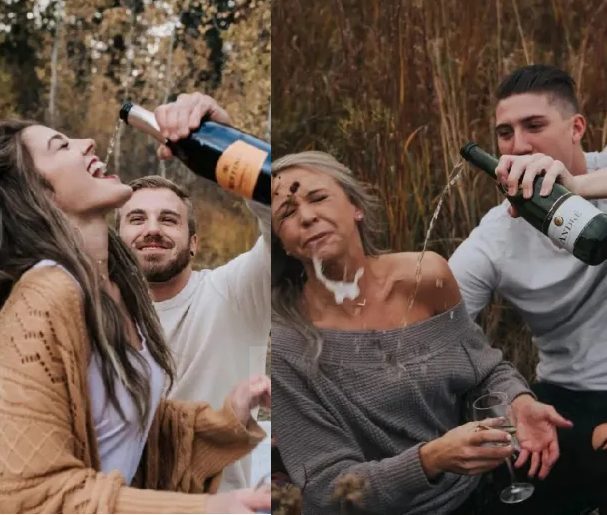 A couple who are planning their wedding in 2020 decided to have a photoshoot ahead of their wedding but it didn’t turn out as they planned.
Alyssa Snodsmith, 23, and Collin Hewett, 24, who met while studying at university in Chicago, Illinois, decided to celebrate their engagement in style. After getting engaged in August 2019, they set their wedding for June 2020 and began putting things in place for their wedding.
An engagement photoshoot was part of the things they had planned. Alyssa went on Pinterest for inspiration for the perfect photo and she found one taken by photographer Brianna Bender which she decided to recreate. However, she and her fiance soon found out that getting the perfect photo is harder than it looks. 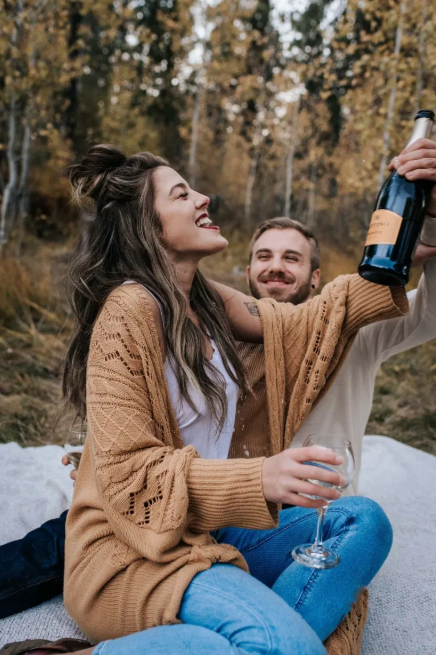 The Pinterest photo
Alyssa and Collin scheduled a photoshoot with their photographer friend Chandler Lefever. They got the perfect location, hoping to imitate another couple’s Insta-worthy shot where the man is seen pouring champagne effortlessly into the woman’s mouth. When Alyssa and Collin tried it, they made a whole mess and their photos ended up looking nothing like what they wanted to recreate. 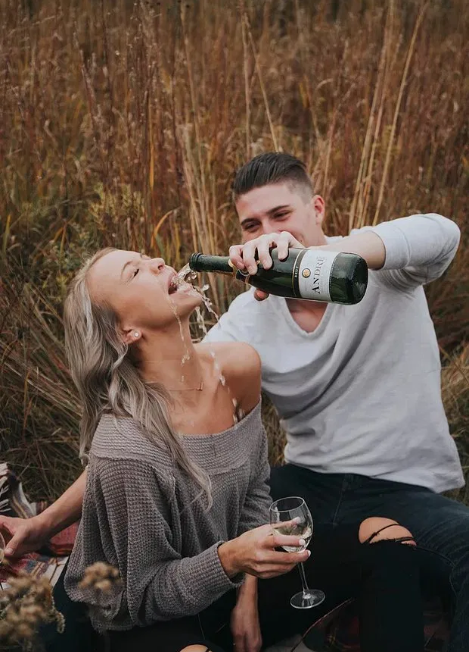 The photographer saw the hilarious side of the photo and didn’t want to inform the couple that they had botched the photoshoot till he edited it. Once they saw it, they were entertained as they saw the funny side to it too.
Collin shared the picture on Twitter where it immediately went viral.
He captioned the photos: “So me and Alyssa took our engagement pictures yesterday. She found a Pinterest picture that she wanted to try and recreate…I botched it.” 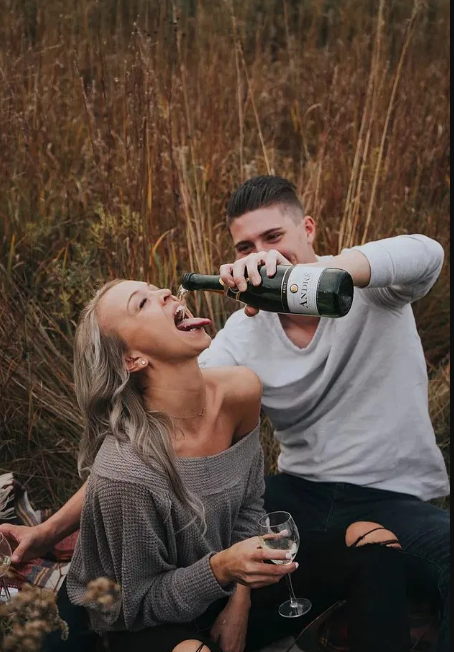 Collin told Metro.co.uk: “We love our version! It just shows who we really are! We’re always having fun and joking around and it was cool that it got captured. Neither of us ever got annoyed or upset… thankfully. We just laughed it off and embraced the fact that nothing is ever going to be perfect!”
ADVERTISEMENT
Previous Post

Former England/Man U. footballer Nicky Butt denies assaulting his wife of 11 years and damaging her £800 iPhone