by iamkrantz
in BUSINESS NEWS
Reading Time: 2 mins read
A A
0
0
SHARES
0
VIEWS
Share on FacebookShare on Twitter 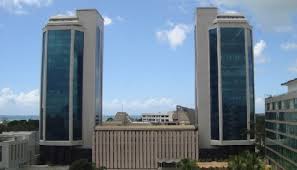 The Bank of Tanzania (BoT) has once again warned the public to act with extreme caution when trading in crypto currencies investments, saying they are not authorised in the country.
In a statement issued last week, the central bank said it is the sole institution authorised to issue bank notes and coins, and to declare a legal tender in the country.
The bank further said although it has not officially banned crypto currency, it has however, not allowed its use and therefore does not regulate or acknowledge it.
The rise of crypto currencies prices, especially Bitcoin (Btc), the most popular digital currency globally has made them appealing. Others are Ethereum (Eth), Ripple (Xrp), Lite coin (Ltc), Bitcoin Cash (Bch).
The statement further said the bank was also aware of the incidences where these currencies are being marketed and traded with a perception of making them appear as if they were a legal tender in the country.
Benard Dadi, BoT director of national payment system said: “This is an advisory, it is your own risk we don’t stop people to practice for now, but once you are conned there is nowhere to lodge your grievances,” he said, adding that there is no law backing use of crypto currency.
“You can’t just wake up and make a law, it is a process,” he said.
Kenya and Uganda too have issued advisories against trading in crypto currencies.
ADVERTISEMENT
Previous Post

A rich white guy reclaimed his ‘richest person’ title, but we all still lose

Pan-African PR and Marketing Trends in 2019: A Snapshot

Pan-African PR and Marketing Trends in 2019: A Snapshot