Russia Unplugged Internet Has Successfully Tested. Ready To Be Presented To President Putin. 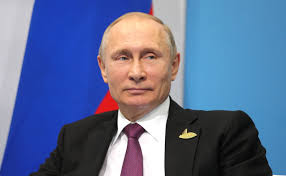 Russia has successfully tested a country-wide alternative to the global internet, its government has announced. Details of what the test involved were vague but, according to the Ministry of Communications, ordinary users did not notice any changes and the results will now be presented to President Putin.
Experts remain concerned about the trend for some countries to dismantle the internet. “Sadly, the Russian direction of travel is just another step in the increasing breaking-up of the internet,” said Prof Alan Woodward, a computer scientist at the University of Surrey.

“Increasingly, authoritarian countries which want to control what citizens see are looking at what Iran and China have already done.
“It means people will not have access to dialogue about what is going on in their own country, they will be kept within their own bubble.”
ADVERTISEMENT
Previous Post