by iamkrantz
in INTERNATIONAL NEWS
Reading Time: 1 min read
A A
0
0
SHARES
0
VIEWS
Share on FacebookShare on Twitter 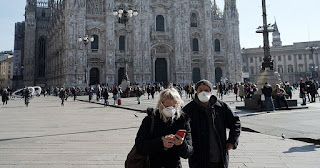 The Embassy of the united Republic of Tanzania has warned Tanzanians living in Italy to take precautions against Corona virus, as new infections and deaths were reported in the European countries where as more than 219 infections and five deaths have been confirmed in Italy.
The Embassy advised Tanzania Diaspora in Italy to stay calm as the Italian authorities have boarded on immediate measures to cover the spread of the viral infection, in a mean time people should wear face masks, wash hands and avoid unnecessary physical contacts.
Italian authorities have set up barriers, called off football matches, closed of worst-affected towns and banned public gatherings across a wide area, reports further indicate.
ADVERTISEMENT
Previous Post