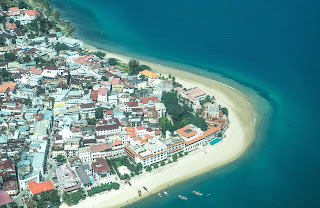 Zanzibar plans to spend Tsh.1485.4 billion in the fiscal year prioritizing expenditures with high productivity and value for money on public goods and services.
Finance and planning minister Mohamed Ramia Adiwawa told the house of representatives that the government will next fiscal year embrace.
The proposed revenue and expenditure plan for the 2020/2021 financial year, as unveiled in the house by ambassador Ramia represent five percent from the current 1419.4 bn/- budget.
Minister Ramia said the government envisages collect 1047.5 bn/-from internal revenue sources with grants and loans from development partners expected to bring in 394.6 bl/-
He said in the next three years, the government expect to increase public spending 1746.8 bl/- from the fiscal year of 2022/23.
Allocation of development fund in the next three years will be guided by ‘Chama Cha Mapinduzi’s 2015/2020 election manifesto, directives from budget and economic forums, national flagship, clove procurement and priority area in the national development plan.
“Priorities for the next financial year’s development plan are expected to match with the new development vision, 2050” said the minister, citing the focus areas as economic reforms with great emphasis on amplify the service sector especially tourism, blue economy and marine transport.