Selous Safari Joins The Efforts To End Environmental Destruction In The Indian Ocean.

by iamkrantz
in ECONOMY
Reading Time: 5 mins read
A A
0
0
SHARES
0
VIEWS
Share on FacebookShare on Twitter 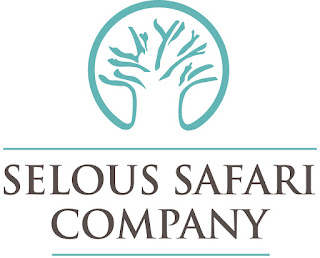 Kilwa district in Lindi region is among the affected areas by environmental destruction caused by illegal fishing in the Indian Ocean.
This situation made the government within the district to take actions and fight against illegal fishing in the Ocean so as to protect the environment and other aquatic species that are likely to disappear.
Christopher Ngubiagai is the District Commissioner in Kilwa, he is the head of the struggle and he says he has introduced a special patrol that will be conducted at any time to trap the illegal fisher men.
Apart from that, DC Ngubiagai as a chairperson of the defense and security committee in the district has conjoined with participatory groups for defensing the ocean’s resources known as Beach Management Units (BMU).
Ngubiagai says his patrols have inflicted the illegal fishermen to be arrested while their working equipments including illegal nets were burnt.
This situation done by the DC has promoted the regain of peace and security of organisms living in the ocean and increases their production more than before.
Dc Ngubiagai says in empowering the fighting against illegal fishing, some of investors and Non-Governmental Organizations (NGO’s) within the district have decided to join with him also.
Among NGO joined with DC Ngubiagai is Selous Safari invested in Fanjovu Island at Songosongo ward which deals with transportation of tourists in the country.
According to the chief administration and the internal auditor, Daniel Mvela from Selous Safari, a company established 40 years ago, said their company has employed 34 Tanzanians and two foreigners.
Considering the importance of the benefits of the environment in the tourism sector, they have volunteered to fight against environmental impairment to protect the ocean and all living in.
Mvela said that apart from joining the government in protecting the ocean’s environment, they are also supporting the government in different sectors including education sector.
According to him, Selous Safari has supported building of toilets which is among challenges in many schools in Tanzania as well as putting doors in class rooms at Songosongo primary school.
Selous Safari is on move to supply water and electric power at Songosongo village but their main purpose is fight against illegal fishing and environmental degradation in the Indian Ocean.
“We have planned to prepare seminars on preservation and cleanliness of the ocean which will include the society and the participatory groups for defensing the ocean’s resources BMU. We have received and we promise  to implement water supply and electric energy as requested by Songosongo leaders; we are waiting for their proposal” Mvela said.
Mvela added that due to the fact that environment degradation is destroying the tourism sector, they have delivered a machine and boat to BMU and repairing destructed boats which patrol every day.
On the other hand Selous Safari gives 200 liters of petrol in every month to support the patrols done via boats.
Also Mvela said in insuring the patrols are not failing, Selous Safari has financed 500,000/- tsh. Monthly for all activities done by BMU.
He said the government should be congratulated for keeping good environment for investors in the country especially the presence of peace of all time which influence foreigners to invest.
On the side of the chairperson of all BMU in Kilwa District, Maulid Mbulula said that they recognize the contribution of Selous Safari and the World Wildlife Fund organization (WWF), in combating against the environment destruction especially in the ocean.
Mbulula said that the participation of Selous Safari and WWF, apart from their supports, they have helped the increase of fishermen’s earns.
He said by now there is an increase of fishes in the ocean due to their reproduction that doesn’t harmed for a long time since they started to fight against illegal fishing.
ADVERTISEMENT
Previous Post

Fish Oil Supplements Offer ‘Little Or No Benefit’ Against Cancer

The Train Has Arrived In Moshi ,Tigo Kili Half Marathon To Start Tomorrow

The Train Has Arrived In Moshi ,Tigo Kili Half Marathon To Start Tomorrow