by iamkrantz
in ECONOMY
Reading Time: 4 mins read
A A
0
0
SHARES
1
VIEWS
Share on FacebookShare on Twitter 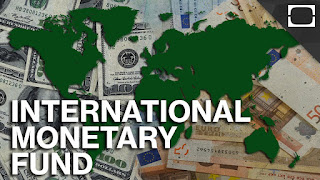 The International Monetary Fund (IMF) has confirmed on Tanzanian economy condition to remain stable with economic growth estimated at about Six percent.
In 28th February 2020, the bank of Tanzania (BOT) told the citizens through media on the growth and stability of the Tanzanian economy.
In its statement on 2020 Article IV Mission to Tanzania , IMF stated that the growth of Tanzanian economy has supported by prudent monetary and fiscal policies, which led to the inflation at under five percent, an adequate level of foreign reserves, and manageable public debt.
IMF has reported that the discussions centered on measures to mobilize domestic revenue, resolve government arrears on VAT refunds and expenditures, increase spending in education and health while improving the efficiency of such spending as well as that of public investment projects, remove barriers and regulations affecting the business climate, and build skills in the labor force.
Further the report has told that IMF’s team, led by Enrique Gelbard has visited in Tanzania from February 20 to March 4, 2020 whereby they discovered the appearance of economic activities to be increased.
According to Gelbard “The pace of economic activity appears to have increased in recent months prompted by higher public investment, a rebound in exports, and an increase in credit to the private sector.
As a result, real GDP growth is estimated to be close to 6 percent, with activity buoyant in the construction and mining sectors”
Gelbard  said other economic indicators point to a benign economic environment, with annual inflation at 3.7 percent, a stable exchange rate, foreign exchange reserves equivalent to near 5 months of imports, and public debt at below 40 percent of GDP”
Also, he added that the tax reforms are needed to improve the business climate and increase government revenues.
“The mission team commended the authorities for their intention to improve governance in tax administration and emphasized the urgency to adhere to efficient means of tax collection and control, notably through the use of risk-based audits. This will ensure better compliance and timely payment of tax refunds and improve companies’ cash flows” Gelbard said through the IMF’s report.
On the other hand the report suggested that  “regarding government spending, the implementation of planned measures to clear the backlog of expenditure arrears, account for them on a timely basis, and prevent the accumulation of new ones will be essential to improve businesses’ cash flows, ensure that bank loans are paid back on time, and sustain economic activity.
According to the report, spending on health and education will need to be scaled up in coming years while ensuring quality of education and medical services and addressing key infrastructure gaps.
ADVERTISEMENT
Previous Post