by iamkrantz
in NEWS
Reading Time: 6 mins read
A A
0
0
SHARES
0
VIEWS
Share on FacebookShare on Twitter 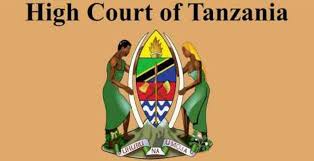 The case filed by a Tanzanian Human Rights Defender on discrimination of candidates was heard by a bench of three Judges of the High Court in Tanzania; Judge Mlyambina, Judge Masabo and Judge Masoud.

The applicant, Mr Onesmo Olengurumwa in the said case, no. 24 of 2019, filed the case in 2019 at the High Court of Tanzania; Dar es Salaam Registry suing the defendant, the Minister of State, President’s Office, Regional Administration and Local Government (PORALG), for drafting the 2019 local government regulations which prohibit Tanzanian citizens between 18 and 21 from contesting for leadership roles. The second defendant to the case is the attorney general of Tanzania.
The attorney general was represented by Advocate Abubakari Mrisho assisted by Advocate Stanley Kalokola.
Advocate Mrisho informed the court that the matter had come for a ruling based on the field written submissions.
The advocate representing Mr Onesmo Olengurumwa, Mr John Seka complied to the information given by the Attorney General that the matter had come for a ruling.
Along with such information, Advocate Seka asked the court for extensions of time to file their initial submissions since they had delayed filing the same by a day.
Advocate Seka explained to the court the reason of his delay to file the submissions was because the submissions were filed in time but in a wrong court by his officer.
Advocate Seka further insisted that seeking an extension of time when the document had been file is not a novel issue and has already been done before and the court gave consented to receive the written submissions. To support his argument he quoted multiple cases in which the court extended time for filing submissions and that it has never affected the course of the case.
Advocate Abubakari Mrisho in reply to Seka’s arguments stated that the Advocate ought to have filed an application to ask the court for an extension of time and also that Mr Seka ought to have brought an affidavit of the officer who filed the submissions as evidence of what he has told the court. He asked the court not to consider his request.
Advocate Seka in reply to the arguments raised by Advocate Mrisho told the court that the mistake was made by his officer hence filing an application for extension of time is merely wastage if the Court’s time which is why he made an oral application. He insistently asked the court to grant them an extension of time to file their submissions in consideration to various cases the previously cited in the interest of justice being done.
After listening to the arguments of both parties, the bench of three Judges; Judge Mlyambina, Judge Masabo and Judge Masoud adjourned the matter to 13th May 2020 at 13:30hrs whereas the court shall rule on the issue of filing submissions out of time.
According to the Constitutional requirement on how to run the country democratically, the first defendant exercising his legal the authority announced that the country’s local government elections shall be held in 24th October 2019.
In implementing his responsibilities, the first defendant drafted and published in the government gazette regulations guiding the 2019 local government elections.
The regulations were published under Government Notice No 372 of 2019 and Government Notice No.373 of 2019 which were drafted according to the Local Government (District Authorities) Act Cap 287 [R.E 2002].
Also, other regulations published are those of Government Notice No 372/2019, and 374/2019 when he was drafted according to Local Government (Urban Authorities) Act Cap 288 [R.E 2002].
In the said regulations, various provisions provided for the qualifications a citizen of Tanzania needed to posses as a voter and candidate. Regulation 14(b) of Government Notice No. 371of 2019 and Regulation 15(b) of Government Notice No. 373 of 2019 drafted under Local Government (District Authorities) Act, Cap 287 [R.E 2002] as well as Regulation 15(b) of Government Notice No. 372 of 2019 and Regulation 15(b) of Government Notice No. 374 drafted under The Local Government ( Urban Authorities) Act, Cap 288 [R.E 2002] prohibit people aged 18 to 21 years to contest and be voted for leadership positions.
The basis of the complaint is that the regulations prohibit Tanzanian citizens aged 18 to 20 years from contesting for leadership positions without legal reasons.
The case was filed with the aim to defend Tanzanian Citizens aged 18-21 years who intended to contest for leadership positions n the 2019 local government elections which were held in 24th October 2019.
The plaintiffs are saddened by the fact that this case took a long while to be heard although it was filed under a certificate of urgency and that to this moment it has not to need determined and the election has already been held.
However, he believes that the case is still vital since the said regulations shall be used even in October 2024 and if the provisions are not expunged at this moment they shall continue being used in any local government elections before the year 2025.
The provisions are therefore to be expunged as they discriminate Tanzanians aged 18-21 by prohibiting them from contesting in local government elections. The regulations also contravene the provisions set under the main laws; the Local Government (District Authorities)Act cap 287 [R.E 2002] and the Local Government (Urban Authorities) Cap 288 [R.E 2002].
Apart from violating the provisions of the principal Acts, the regulations also violate principles enshrined under the constitution which is the mother of laws. This is one of the basic reasons as to why the Petitioner filed this case in High court of Tanzania asking it to declared the mentioned provisions unconstitutional as they violate Articles 12(2), 13(2), 13(4), 21(1) and 29(1) of the Constitution of the United Republic of Tanzania, 1977.
ADVERTISEMENT
Previous Post