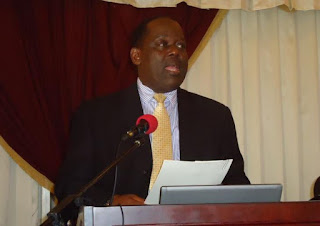 The Chairperson of CHADEMA in Ilala region, Makongoro Mahanga has died at Muhimbili National Hospital where he was treated

According to CHADEMA secretary in the coastal zone Hemed Ally “It’s true that our chairperson has died at Muhimbili National hospital, we have confirmed from Ilala region secretary”

CHADEMA officials are communicating with his family about the funeral processes and they will later inform their members and the public in general.

Dr Milton Makongoro Mahanga was a former member of parliament at Segerea province and a former Deputy Minister of Labour, Employment and Youth Development.

Preventing COVID-19 Outbreak In Prisons: A Challenging But Essential Task For Authorities