by iamkrantz
in Uncategorized
Reading Time: 7 mins read
A A
0
0
SHARES
1
VIEWS
Share on FacebookShare on Twitter 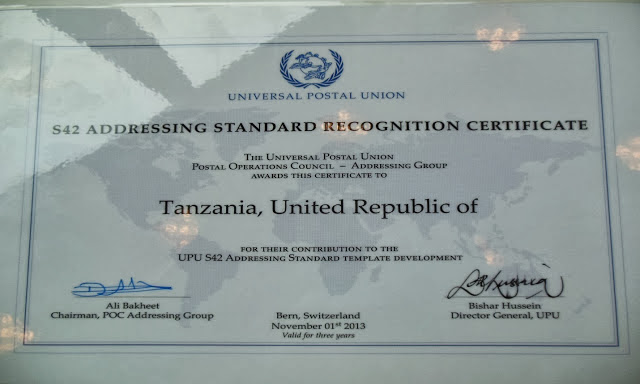 The picture of the S42 Addressing Standard Recognition Certificate 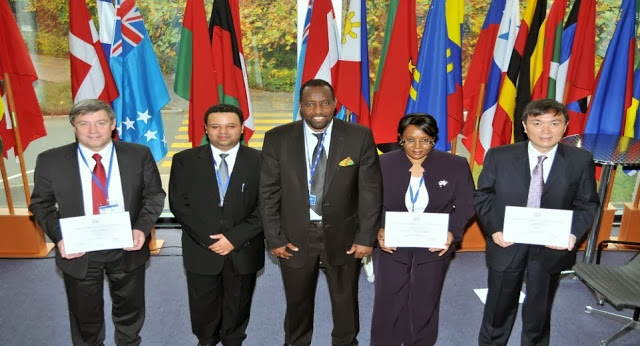 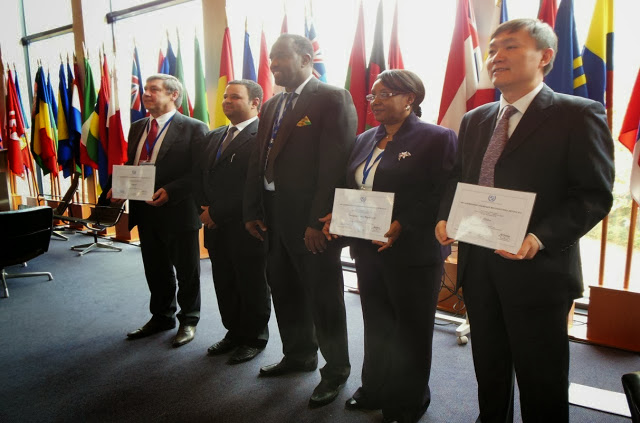 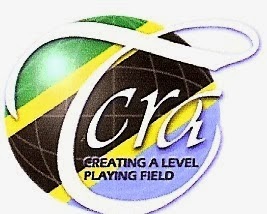 Quality addressing and postcode systems are essential to the socio-economic infrastructure and development of a country. They also form the cornerstone of quality postal services, facilitating business transactions and hence the country’s economic growth. Address networks are crucial to businesses’ ability to operate. Address networks are infrastructures that facilitate the process of doing business and, consequently, economic development.
The UPU standard provides a kind of dictionary of the possible components of postal addresses, together with examples and constraints on their use in a given country. The S42 international addressing standard consists of:
During the process of launching of template development, Tanzania contacted the S42 expert group at the Universal Postal Union by submitting a sample data set, which consisted address examples representing all the address formats recommended by the United Republic.
Each address in the sample needed to be mapped into S42 elements reflecting their use in the country. For example, mapping the address lines in different delivery methods and explaining whether is a rural or urban address with indication of thoroughfare type.
On the basis of a mapped sample, the S42 expert group creates a template which is fed into a computer program known as a tester. This program reassembles each address from elements and checks the result against the submitted data. The test of the template is positive when all addresses from the sample have been assembled correctly.
At the end of the process, the Tanzania delegation to the Addressing Group was involved in checking the following:
Following the procedure above, the Tanzania S42 standard was approved in April 2013 and a ceremony was planned for 1st November 2013..
The Certificate of Recognition is granted when a country has achieved the development
and maintenance of an agreed or accepted address template.The S42 recognition ceremony is normally designed to raise postal administrations’ awareness on the value of S42 and encourage them to join the S42 certification program.
The approved Tanzania S42 template comprising of 6 address types:-
Issued By;
Director General
06th November 2013
ADVERTISEMENT
Previous Post

Matokeo ya Ligi ya Mabingwa Ulaya