Presidency to APC: You can’t stampede Jonathan out of office 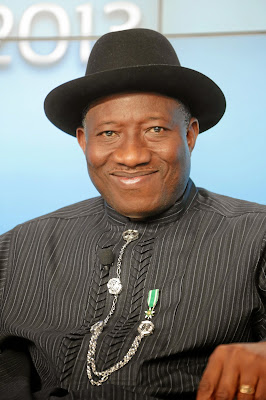 The presidency on Wednesday warned the All Progressives Congress (APC) to talk less and plan more as the nation moves towards the 29th May inauguration ceremony between President Goodluck Jonathan and president-elect, General Muhammadu Buhari.

The warning was given by the Special Adviser to the President on Political Affairs, Prof. Rufai Ahmed Alkali.

Prof. Alkali”s warning was sequel to the alarm raised by the All Progressives Congress, APC, that President Jonathan is running the economy aground before handing.

According to Alkali, “the allegation is immature, reckless and out of tune with the President’s desire and patriotic commitment to a peaceful transfer of power”.

Alkali , in a press statement in Abuja, said, “Nigerians will recall that shortly after the results of the Presidential elections were announced, President Goodluck Jonathan inaugurated a high powered transition committee to plan and organize a hitch free transition programme for the inauguration of the incoming administration.

“Surprisingly, it took the APC more than three weeks to wake up to its responsibility to constitute its own transition committee.
“How then can they turn round to accuse the government of frustrating the transition programme?, he asked
The Special Adviser to the President on Politics reminded the APC that “since the setting up of the committee, the President and the entire machinery of the Federal Government have been put on the transition mode and all government officers have been giving maximum cooperation to the incoming transition committee”.

He therefore cautioned the APC to refrain from blackmailing the President over recent Federal Government policies and decisions saying that “by the Constitution of the Federal Republic of Nigeria, President Jonathan remains in office up to the 29th of May 2015 when he formally hands over to the incoming President”.

Alkali further warned that the President should not be stampeded, coerced or undermined in the exercise of his constitutional responsibilities.
According to him, “the machinery of government cannot be put on hold or frozen because the country is in transition”.

On the allegations that government is running the economy aground, Prof. Alkali reminded APC that “governance is a serious business.

He added that with the sudden and unexpected concession of victory to them, it appears that the APC is beginning to face the full reality of managing the great challenges of a complex nation”.
The Political Adviser observed that the APC’s “recent, frequent and unnecessary attacks on the President clearly shows that they are losing their nerves and are beginning to lay the foundation to justify their failures in the near future”

He added,  “and we want to remind them that Nigerians are not ready to accept any excuses for their failure.
“They promised to bring change so they must bring positive change to the well being of Nigerians and urgently too”.

Prof. Alkali urged the APC to give space to the joint transition committee to work in harmony to ensure a peaceful and seamless transition.

The Cable tenders apology to Wole Soyinka over Igbo report