by iamkrantz
in RIO FERDINAND, SPORTS
Reading Time: 2 mins read
A A
0
0
SHARES
0
VIEWS
Share on FacebookShare on Twitter 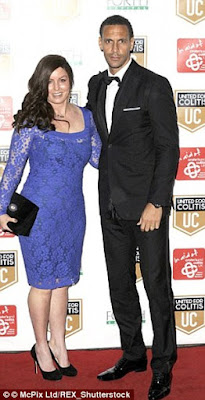 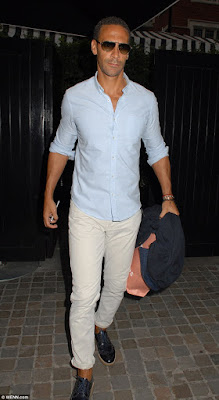 Rio Ferdinand enjoyed a night out with friends for the first time since the heartbreak of losing his wife Rebecca to cancer aged just 34.

The former England and Manchester United star was seen leaving London’s Chiltern Firehouse where close friend Gary Lineker and a string of other celebrities were also at the popular club with Rio
Mr Lineker is one of many footballers, past and present, who have supported Rio since his wife’s death in early May. 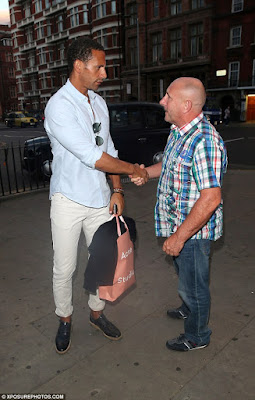 Other stars including Guy Ritchie, Professor Green, Angus Deayton and Richard Bacon were also at the same venue last night.

Earlier Rio also spent time at Bodo’s in West London – a favourite haunt of Prince Harry’s – and was greeted by several well-wishes as he arrived.
It is the first time Mr Ferdinand has been spotted on a night out since his beloved wife Rebecca Ellison died in early May, although he has been seen at football matches and worked for BT Sport.
He also announced his retirement from professional football three weeks ago.
After her death she described being ‘overwhelmed’ by the support he received from football fans around the world.
The former England captain said Rebecca Ellison’s battle with cancer was ‘the most difficult period’ for his family and paid tribute to her as ‘an incredibly brave woman’.
Mailonline
ADVERTISEMENT
Previous Post