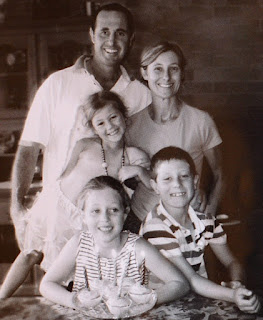 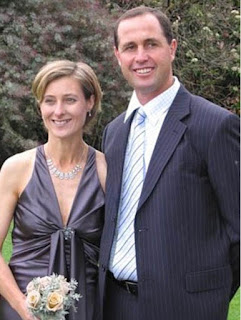 Farmer Geoff Hunt’s wife raged at him for being lazy as he sat watching Home and Away with their three kids. He calmly got up, made dinner and the school lunches – then he shot them all before killing himself. How you can kill your own kids is beyond me. Read full story from Daily Mail below

The night Geoff Hunt killed his family before taking his own life his wife Kim had raged at him about finances, claiming one of her husband’s brothers was stealing from the family trust.

An inquest into the deaths of Lockhart farmer Geoff, nurse Kim and their children Fletcher, 10, Mia, 8, and Phoebe, 6, is taking place this week. 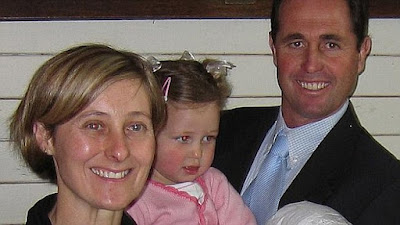 A forensic psychologist told the inquest it’s likely the farmer primarily wanted to kill himself due to his depression and a total loss of hope.
However, he may have decided to kill his family as he believed they were dependent on him and he thought ‘he would spare them future pain’. His use of a gun to inflict a single fatal injury also indicates he did not wish to inflict pain on his wife and children, the psychologist said.
The evidence suggests Mr Hunt gunned his wife down in the driveway of their property in the NSW Riverina before walking inside his house and shooting each of his children dead as they lay in their bed. 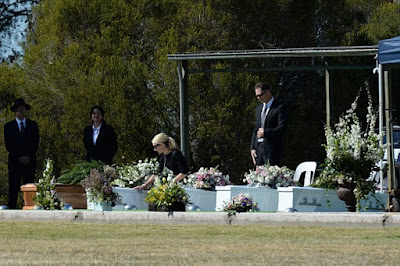 The last person to see them alive, carer Lorraine Bourke, has detailed the tense final night in their home, with Mrs Hunt berating her husband for being lazy as he watched Home and Away with his children after giving them dinner and making their school lunches.
Mrs Hunt became depressed and often flew into a rage after suffering a brain injury in a near-fatal car crash in 2012.
The inquest heard that Mr Hunt also seemed very depressed and quiet on September 8, 2014 – the last night he was seen alive.
Mr Hunt had confided in a counsellor that his worst fear was being alone, as the family sought help from mental health experts in their final years.
Just weeks before she died, Mrs Hunt told a relative she was not in love with or attracted to her husband.
Ms Bourke told the inquest Mrs Hunt demanded her husband do something about the family finances – despite the inquest finding the farm was profitable, expecting a good yield in their next crop and there was no debt or financial stress. 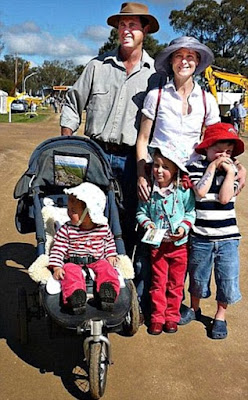 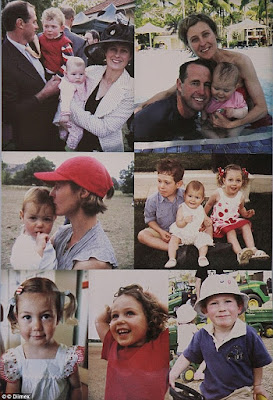 ‘Kim would often demand that he do something about the money issues. The topic of money stressed Kim out,’ Ms Bourke told the inquest, according to The Daily Telegraph.
Mrs Hunt ranted that one of Mr Hunt’s brothers and his wife had stolen money from the family trust to build a new house and buys cars and boats.
Geoff Hunt ran the canola farm with one of his three brothers and with his father John.
On their final evening, Mrs Hunt also became angry that the family paid Mr Hunt’s parents $1 million a year, the inquest heard.
The mood was so tense in their final hours ‘you could cut the air with a knife’.
A NSW forensic psychologist who examined the case says Hunt probably acted on impulse when he gunned down his wife and three children before taking his own life.
Sarah Yule has told the inquest that the grieving town of Lockhart will never know what triggered a loving father with no history of domestic violence to destroy his entire family last September.
‘I don’t believe we can know that. It could have been something in a conversation that occurred that evening,’ Dr Yule told a Wagga Wagga courtroom on Thursday. 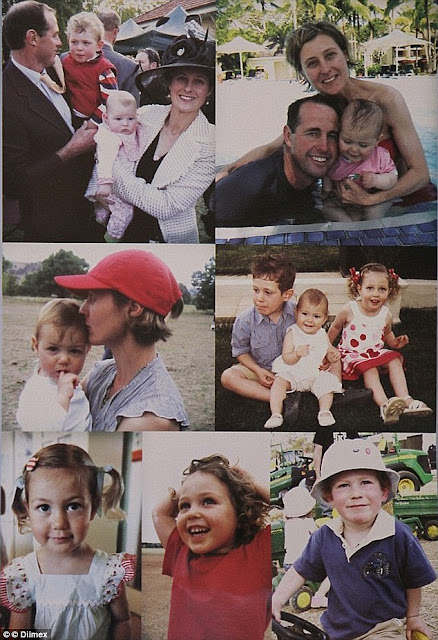 Under questioning on Thursday, Dr Yule agreed that Mr Hunt’s behaviour in the last hours he was seen alive – making lunches for his children to take to school the following day, setting up plans for a tennis game with a friend later in the week – suggested he probably killed his family on impulse.
But she believed Mr Hunt’s primary motivation was to take his own life, ‘with the homicides occurring in his mind as a secondary necessity’.
Dr Yule said family destroyers may be motivated by ‘pseudo-altruistic intent’ when they kill their loved ones, ‘in that they feel they were sparing them from further pain’.
‘I believe it occurred in the context of a distorted rationale in his own mind. I believe that he presented a face of being able to cope,’ Dr Yule said.
‘Something at that particular time has caused him to lose whatever component of hope he had left that he could fix things … that it would never get better, and he couldn’t fix it.’
Relatives of Riverina couple Geoff and Kim Hunt, whose bodies were found along with those of their children at the family’s Lockhart property, have also spoken of their pain and regret that they never saw the tragedy coming.
Mr Hunt’s brother and sister-in-law, Allen and Renae Hunt said they would ‘never be rid of the gut-wrenching heartache’ that enveloped them when they learned that Geoff, Kim, 10-year-old Fletcher, eight-year-old Mia, and the baby of the family, six-year-old Phoebe, were dead.
A statement from the couple, who ran the Lockhart farm with Geoff, says they struggle with their regret, wishing they had done more to help Geoff at his time of need.
Source: UK Daily Mail
ADVERTISEMENT
Previous Post