by iamkrantz
in MAGUFULI
Reading Time: 4 mins read
A A
0
0
SHARES
0
VIEWS
Share on FacebookShare on Twitter 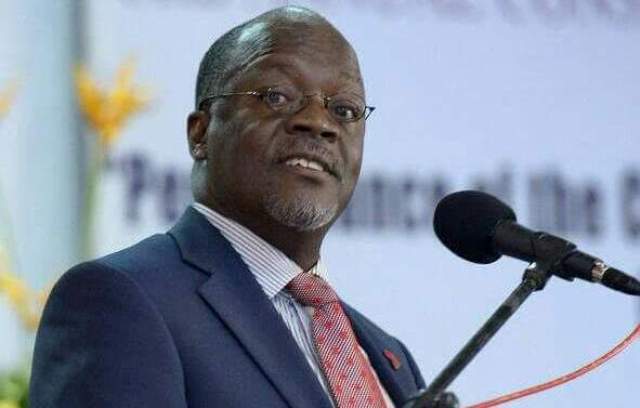 President Magufuli embodies the immutable character forged into the Tanzanian identity by President Julius Kambarage Nyerere, the philosopher-king. It’s a national character of service and selflessness that made Tanzania the anchor of the African liberation movement — the Mecca of all black freedom fighters. It’s a mchicha [sukumawiki] culture of simplicity that eschews public gluttony, impunity, and vileness. That’s why #WhatWouldMagufuliDo has become a household hashtag.

Not since President Nyerere have we seen the likes of Mr Magufuli in Africa. There’s a famous quote, attributed variously to Alexis de Tocqueville or Joseph de Maistre, which speaks of the character of a nation, a people. It says that “In a democracy, people elect the government they deserve.”
The keys to the nugget are “democracy” and “elect.” In other words, it speaks of the free expression of the will of the people through an open plebiscite. In Tanzania, the people decided to “elect” Mr Magufuli over the opposition candidate, former PM Edward Lowassa. Even before the election, Mr Magufuli had distinguished himself as the hardest working member of the Kikwete government. Mr Lowassa was wildly popular, but Mr Magufuli beat him hands down.

The people spoke. Mr Lowassa had been a Chama Cha Mapinduzi stalwart until the party denied him its presidential ticket. He turned coat and usurped leading oppositionists for the right to challenge Mr Magufuli. Mr Lowassa had resigned the PM’s office amid allegations of corruption. It was rumored that he had mobilised delegates — through monetary incentives — to snatch the CCM ticket. He ran a Kenyan-style political campaign — defined by heavy spending and some say sleight of hand. Mr Magufuli, on the other hand, ran a campaign premised on anti-corruption, good government, and a return to basic ethics in public life.

He pledged to deliver services to the least among the people. He wasn’t kidding. In contrast, faced with a stark choice in Kenya in 2013, my compatriots were said to prefer Jubilee’s Uhuru Kenyatta and William Ruto over CORD’s Raila Odinga and Kalonzo Musyoka. The former faced charges for crimes against humanity at the International Criminal Court. I was one among many who placed obstacles in Mr Kenyatta’s election. I argued that electing an ICC indictee wasn’t in the national interest. But voters were polarised along ethnic blocks and failed to see my logic. Today — three years after the election — Kenyans are more depressed than ever, and every new scandal sinks the country into a deeper funk. Most Kenyans today wish Mr Magufuli was a Kenyan.

I hate to say I’ve no sympathy. Winston Churchill, the British politician-cum-imperialist philosopher, opined that “democracy is the worst form of government, except for all the others.” Translation — you won’t do better under a different system, but you must act intelligently. In 2013, Kenyans acted with their tribal, primeval instincts, not their heads.

The chickens have now come home to roost. Even within Jubilee, the flood of scandals and looting is undeniable. In the meantime, Mr Kenyatta is a nearly absentee CEO. Question — who’s minding the store? No one because even scores of MPs went on a three-country tour (Ethiopia, India, and The Netherlands) to sample which cuisine is better served in the Parliament’s cafeteria. Across the southern border, President Magufuli has done the exact opposite.

He told Tanzanians that the pendulum had swung dangerously to the dark side. He banned all foreign travel unless his office authorised it. He scrapped profligate national “celebrations.” He told Tanzanians to get off their butts and get to work. Unlike Mr Kenyatta’s pleadings and remonstrations over corruption — which are promptly ignored — there’s no doubt Mr Magufuli will have the naysayers for lunch. Those who think that Mr Magufuli is just a stern school prefect who will soon flame out with exhaustion are sadly mistaken. I end where I started.

I have argued before that Kenya has never cohered into a nation. It’s a country with a regime overseeing a state. But

state+regime+country+government+territory+population does not equal a nation. Kenya is no more than just a mass of land with a bunch of people wandering in it under some armed individuals. It’s even worse — Kenyans don’t really exist. The people in Kenya belong to ethnic groups — they aren’t a nation. Tanzanian is a nation. Hence Mr Magufuli