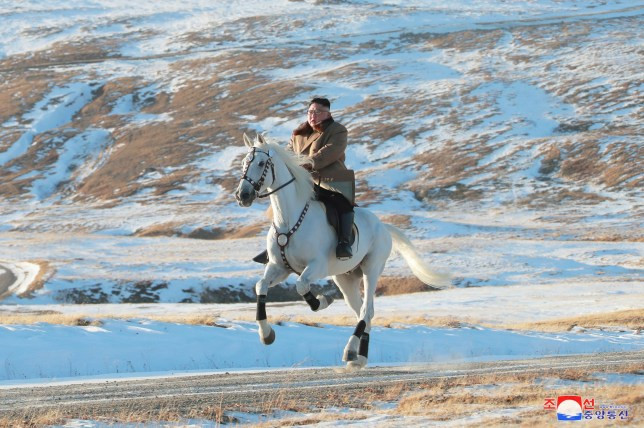 North Korean leader Kim Jong Un has been pictured across the country’s highest mountain on horseback in a series of bizarre photos released by the state media.
Mr. Kim reportedly scaled the 2,750-meter peak at least three times, and experts say the gesture is often followed by a major announcement.
The images were released by North Korea’s Korean Central News Agency on October 16
The country’s central news agency said: ‘He, sitting on the horseback atop Mount Paektu, recollected with deep emotion the road of arduous struggle he covered for the great cause of building the most powerful country with faith and will as firm as Mount Paektu’. 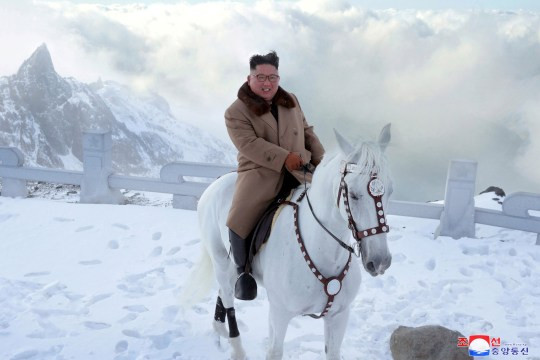 Mount Paektu, an active volcano, is hundreds of kilometres from the capital Pyongyang, and sits right on the border between North Korea and China.
In 2019, Russian President Vladimir Putin famously rode a horse shirtless during his annual hike through the Siberian wilderness. 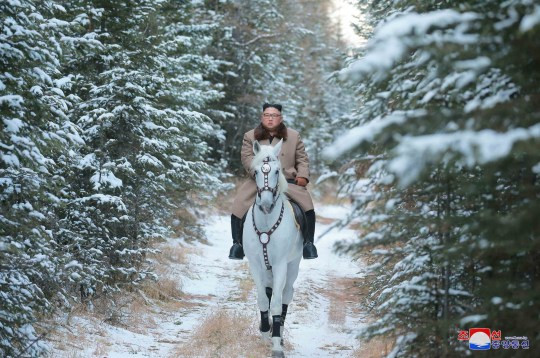 Lovely photos of Davido with his daughters and his dad

Lovely photos of Davido with his daughters and his dad