by iamkrantz
in SPORTS
Reading Time: 1 min read
A A
0
0
SHARES
0
VIEWS
Share on FacebookShare on Twitter 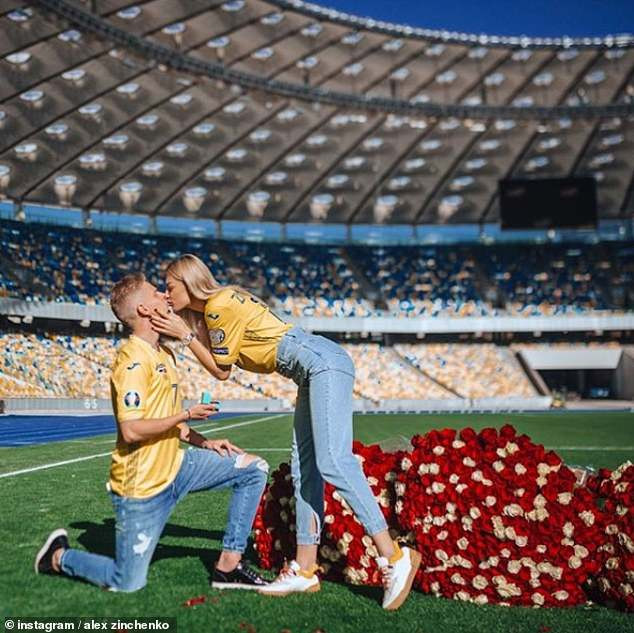 Manchester City star, Oleksandr Zinchenko has proposed to his stunning TV presenter girlfriend, Vlada Seda.
The 22-year-old midfielder got down on one knee at Ukraine’s national stadium in Kiev and proposed to his girlfriend, a broadcaster for Football 1/2 in her home country.
‘The most important YES in my life,’ elated Zinchenko wrote alongside a picture of his wife-to-be planting a kiss on him while they were wearing their country’s shirt and surrounded by a huge pile of roses. 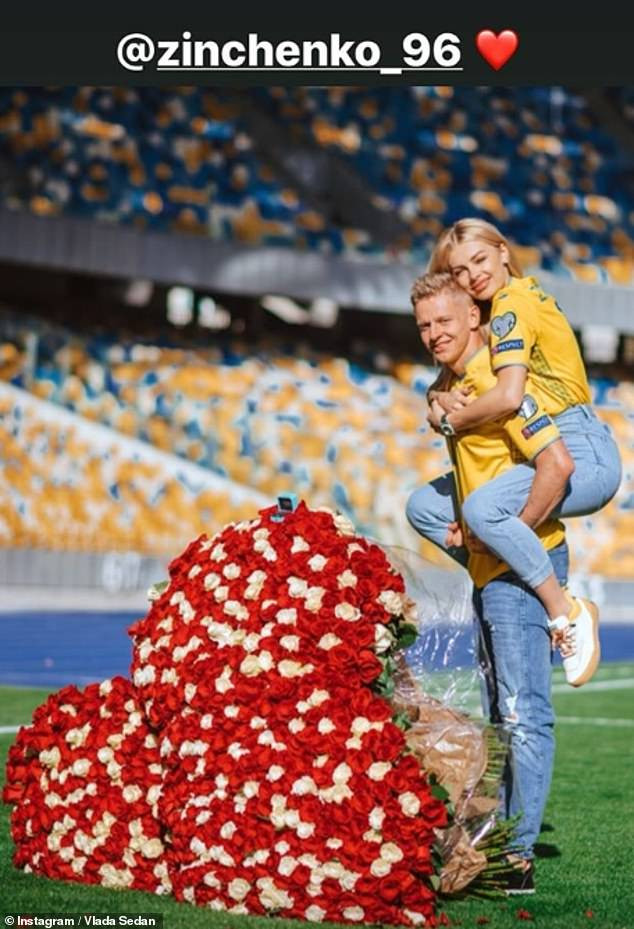