Kariakoo Market To Work For 24 Hours During Ramadhan Month

by iamkrantz
in NEWS
Reading Time: 1 min read
A A
0
0
SHARES
0
VIEWS
Share on FacebookShare on Twitter
ADVERTISEMENT 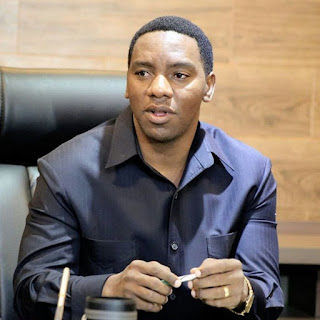 Dar es Salaam Regional Commissioner Paul Makonda has proposed that during the month of Ramadhan in this year, Kariakoo market should be working for 24 hours.
Commissioner Makonda said that the launch of the issue will be done during the month of Ramadhan whereby through the market to work for 24 hours, the economy of the region will be growing as planned.
Makonda said that toward the plan of making the city of Dar es Salaam to be the business center in the country, they will ensure security to traders and therefore the traders have to prepare doing their trades in the safe environment.

“Kariakoo of the day and night will open economic opportunities in Dar es Salaam, I propose this plan to be launched during the month of Ramadhan so that our people will get services for 24 hours” Makonda Said.
ADVERTISEMENT
Previous Post