Users Of Banned Plastic Bags To Be Jailed for One Week 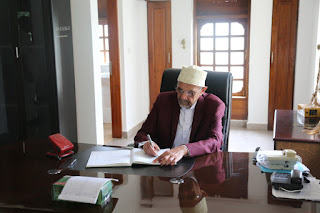 The Minister of State in the Vice President’s Office (Union and Environment), Mussa Azzan Zungu has said that anyone who will be trapped with banned plastic bags will be penalized for 30,000 to 200,000 or going to jail for one week.
Minister Zungu said in Dar es Salaam on Tuesday that the government has stopped the use of plastic bags since June last year but still majorities are using without knowing the kind of bags that has been cleared by Tanzania Bureau of Standard (tbs)
He said the government has observed that there are plastic bags imported in the county  by deceitful traders and called all Tanzanians to be worry of those bags.
“If you will be trapped with banned plastic bags, your penalty will be 30,000 to 200,000 or going to jail for two weeks according to the law” Zungu said.
Zungu added that the government is fighting to educate its citizens on the impacts of using plastic bags especially to the environment.
Zungu emphasized that “I would like to give my thanks to his excellence president John Magufuli, Vice president and the Prime Minister on supervising this issue since June last year but we have observed that plastic bags are used in our street, we continue to educate them”
ADVERTISEMENT
Previous Post