by iamkrantz
in INTERNATIONAL NEWS
Reading Time: 1 min read
A A
0
0
SHARES
0
VIEWS
Share on FacebookShare on Twitter
ADVERTISEMENT 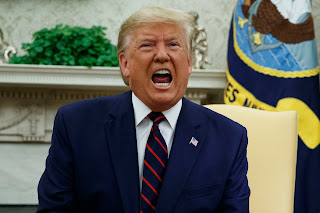 Speaking to reporters at the White House on Thursday, Trump said chloroquine, an old drug used to treat malaria “has shown encouraging early results against the virus. We’re going to be able to make that drug available immediately” by prescription.

“It’s been around a long time, so if things don’t go well, we know it won’t kill anyone,” said the president, who described chloroquine as a possible “game-changer.”

Remdesivir, developed as a treatment for Ebola and Marburg viral infections, also is to be reviewed by the Food and Drug Administration for COVID-19 treatment, Trump said.

The FDA commissioner, Dr Stephen Hahn, however, stated that the two drugs would have to undergo large clinical trials before they could be generally prescribed to treat COVID-19.

“If you’ve been exposed to coronavirus and you’re better, you don’t have the virus in your blood. We could collect the blood,” Hahn said, cautioning that this is a “possible” but not “proven treatment.”