DPP To Deal With Lema On Allegation To Spread False News 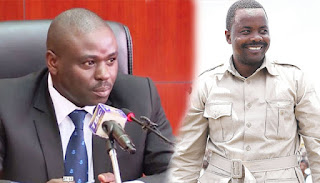 Director of Public Prosecution(DPP) Biswalo Maganga they will take action to Godbless Lema MP Arusha Town (CHADEMA), for spreading false information about the killing of 14 people in Manyoni District, Singida.
Lema has been allegedly reported to commit the charges in February this year while speaking at CHADEMA”s Singida Secretary’s funeral, Alex Joas whose body was found beside the road with head injuries.
He also added that the nation cannot have people spreading false information leading to hatred among Tanzanians